Twists, Turns, and PhDs the Route to Nonacademic Careers

The linear career path into academia is no longer a reality, or necessarily even a desire, for many recent PhD graduates. This trend towards nonacademic and heterogeneous careers calls for a fundamental overhaul in student training and organization-wide attitudes.

Nathan L. Vanderford PhD, MBA, and coauthor of ReSearch A Career Guide for Scientists,¹ has spent much of his own career carving out a unique position for himself at the University of Kentucky based on his passions, and he actively works to facilitate research and education initiatives. During his seminar presentation at Georgetown University, he spoke of a need for more diverse career development at an institutional level, while also giving tips on how to transition into the many other job sectors open to PhDs.

Labor statistics show an increasing excess of science and engineering doctoral recipients contrasted with declining tenure-track faculty appointments. As of 2015, only 16% of Ph.D. graduates in the US solidified a tenure-track position.² As Dr. Vanderford described, “There is a huge gulf between the number of PhDs in the system versus the number of faculty positions available.” This leaves the majority of graduates moving into a myriad of different jobs including those in science policy, education, technology, writing, and entrepreneurial positions. An analysis by the American Institutes for Research indicates only 46% and 61% of those receiving STEM doctorates, female and male respectively, even pursue careers in Research and Development.³

While the differential between tenure-track positions and total doctorates certainly has influenced the end career of many PhDs, recent evidence also highlights a diminishing interest for these traditional positions. A study following a cohort of graduate students across 39universities found that, after three years, 25% of students lose their original interest in academic positions.4The same study tied this to a misalignment between students’ job preferences and the nature of academic research. Simply, doctorates are actively seeking diverse careers to apply their skills.

Unfortunately, a stigma still persists towards students interested in fields outside of academia even in light of the aforementioned data. Dr. Vanderford admitted that this stigma pressured him into his short-lived postdoc. Different professional choices need to be discussed especially when policy reports, such as one published in 2014 by the National Academy of Sciences, continually instruct universities to prepare graduate students for alternative careers.⁵ Graduates and postdocs have even formed organizations, such as Future for Research,⁶ intent on working with universities to divulge track records, and present realistic job prospects. But institutions still fail to train students for the realities of the job market. Dr. Vanderford observed that “the paradigm for training PhDs is flawed.”

To accommodate the bulk of doctorates entering diverse job sectors, Dr. Vanderford urged institutions to establish a more supportive culture, allowing students to think more diversely. Additionally, he promoted more academic investment in career development support and infrastructure for trainees, mentioning that “many universities have little to no support at all for graduate students or postdocs –leaving them on their own.” He was quick to commend Georgetown Biomedical Graduate Education for instituting important career development structures through the Career Strategy and Professional Development Office. Lastly, he suggested a modification to training strategy, imagining a doctoral program more like “a hub -with mechanisms in place to allow students to hone into a particular career path.”

Amid current institutional shortcomings, trainees must take responsibility if they wish to pursue distinct careers outside of academia. Dr. Vanderford’s tips for pursuing these career paths include:

To be concise, he recommended the initial step of personal branding, specifically through the use of social media. Social media has become increasingly integrated into daily life, and more career advisors suggest using it as a platform for networking and pushing personal presence. AAAS published an article in 2014 detailing A Scientist’s Guide To Social Media, noting that researchers who are thinking about any type of career transition must have, and cull, an online presence.⁷ A more recent article in PLoS ONE surveyed the use of blogs, Facebook, LinkedIn, and Twitter by scientists(already using social media).⁸ The work highlighted how different fields of science use social media, delving specifically into attitudes toward Twitter. Another article broke down Twitter usage by discipline, finding higher density use in the social and life sciences and lower density use in mathematics and computer science.⁹

Some of the pros and cons of Twitter mentioned in the article were reiterated during the seminar, both by Dr. Vanderford and by questioning audience members. Some respondents in the study felt Twitter to be “time-consuming” and “lacking in value”, but reported top benefits included “reaching a large and diverse audience”, and“networking and collaboration”. Dr. Vanderford even revealed that Twitter lead to the eventual collaboration on his recently published book.

The current training system is not ideal; graduates must take it upon themselves to move into diverse careers (if desired) using the tools at hand. Trainees and students should be aware of all possible paths and should not be afraid to bend and change throughout their careers. The road is not straight, but as Dr. Vanderford poignantly stated, “Ultimately, we find our way.” 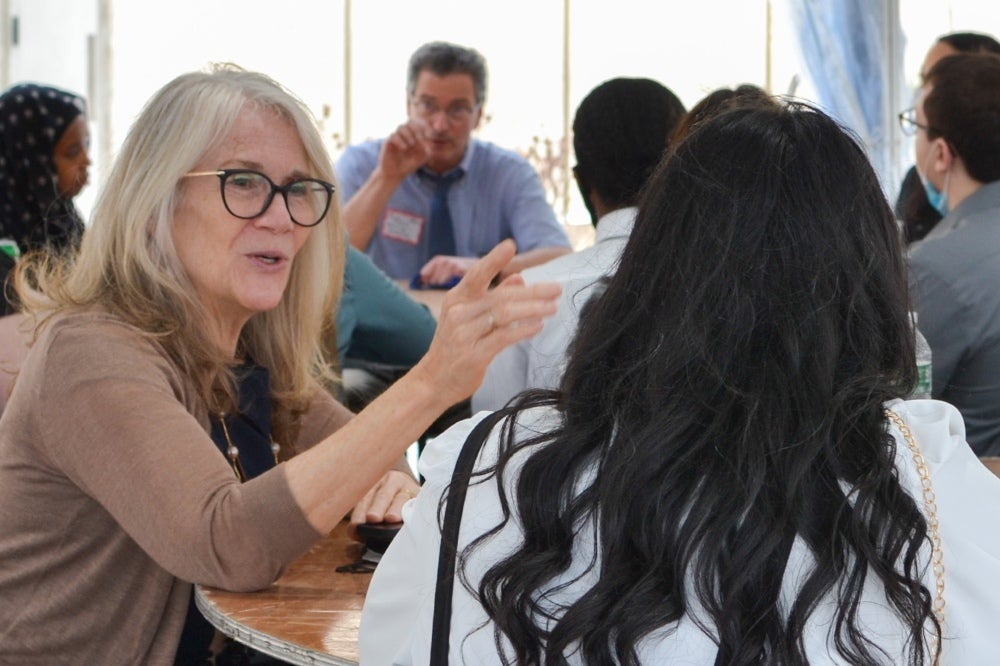 Learn from faculty, staff, postdocs, students and alumni through our Career Catalyst blog.